Captain Jacks Seafood Locker provides the finest sport fish processing services in Alaska. We take the hassle out of dealing with your catch so you can relive the memory of your Alaska fishing trip with every tasty bite.

Captain Jack's is located on the docks in Seward, Alaska. Having a first-hand look at each catch, we know which Seward fishing charters routinely find the fish. We can point you in the right direction to tip the scales in your favor.

Share your favorite seafood recipes with us and earn 500 JACKpot Reward Points for each one!

Captain Jack's Seafood Locker ships your freshly-frozen Alaska Seafood via FedEx overnight delivery, directly from our freezer to your front door. This ensures that when you order Alaskan seafood from Captain Jack's it arrives in perfect condition on the day you choose.

COVID-19 Update: Our online store is OPEN and we continue to ship the highest quality Alaskan Seafood
throughout the country! Learn More

"I was referred to Captain Jack's Seafood Locker by a blog that I follow & they're worth checking out. Initially I ordered some of the scallops & shrimp, then later some crab legs. It's always delivered quickly, and unbelievably fresh." - Kelly B.

"Living in Everett I'm used to some decent fresh seafood, and I'm not one for ordering online, or leaving reviews for that matter. But let me say that I was wildly impressed by Captain Jack's Shrimp." - Carl W.

"The scallops were delicious. I'll be honest I was nervous at first. But after eating them I was very impressed." - Ann S.

"10 years ago I never would have thought I would be ordering seafood online. Now it's one of the only ways I get a little taste of home. Thank you Captain Jack!" - Seth M. 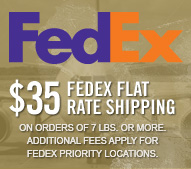 Receive special promotions and updates in your inbox